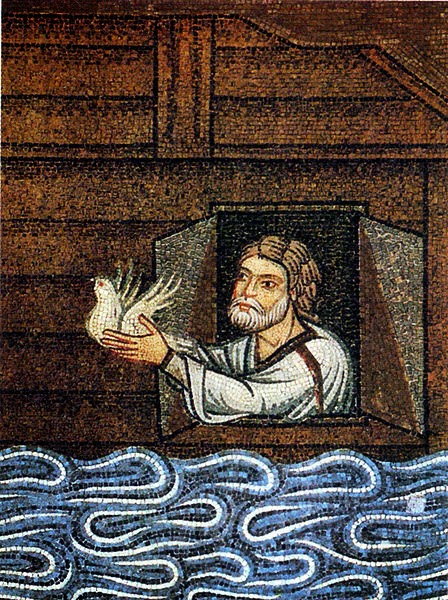 
Orson Pratt once declared that, "Noah, after having preached the Gospel and published glad tidings among the nations, was commanded to build an ark. He had a Urim and Thummim by which he was able to discern all things pertaining to the ark, and its pattern. He was a great Prophet, and predicted many things, and his records, no doubt, were hidden up, and will come forth in due time, when the Lord shall cover the earth with his knowledge as the waters cover the great deep."1 Where Elder Pratt was able to ascertain this information is uncertain (Joseph Smith? Brigham Young? Personal revelation? Scriptural conjecture?); however, James Charlesworth had an interesting tidbit of information to share about an extra-Biblical record of Noah. "We dare not conclude too quickly that because portions of 1 Enoch are extant in pre-Christian Semitic manuscript fragments, that all of 1 Enoch is pre-Christian, or even Jewish. The document we call 1 Enoch is certainly composite; it may contain six separate works and one of these may come from a lost Book of Noah."2 He adds (in a footnote), that "A Book of Noah apparently existed by the middle of the second century B.C.E.; Jubilees refers to a spr nh (10:13), and the author of the Testament of Levi (MS e) mentions a writing of the biblou tou Noe (18:2)."3 For a snippet of discussion on a pseudepigraphon that contained "considerable material concerning Noah," see this teaser here. For a little investigation into whether the Jaredites had access to Noah's writings, see here.