The Jaredite Scriptures and Tsohar


The Bible, as we have it, begins with the Pentateuch (or the Torah to the Jews), which is the five books of Moses. Similarly, the Brass Plates referenced in the Book of Mormon also seems to begin with the Pentateuch (1 Nephi 5:10-11). Assuming traditional Mosaic authorship of these books,1 our Bible potentially dates as far back as some time between the 17th and 13th centuries B.C. (depending on standard Christian and Jewish chronologies). Since Genesis includes history long before Moses' day, one may wonder whether he drew upon extant writings or possibly oral traditions to document the Book of Genesis. Fortunately for Latter-day Saints, the Joseph Smith Translation of Genesis 1:1 through 6:13 brought about the Book of Moses in the Pearl of Great Price.2 From this book of scripture we learn that Moses was on an exceedingly high mountain where he spoke with the Lord face to face, and while conversing with the Lord, was given a vision of the creation, the garden of Eden, the fall of man, and ultimately "beheld the world and the ends thereof, and all the children of men which are, and which were created..." (Moses 1:8). Accordingly, it seems reasonable that Genesis could have been documented by Moses based on his vision.  On the other hand, it is possible that Moses had access to ancient texts that he relied on, in part, to formulate Genesis.
Read more »
Posted by Tim 5 comments: 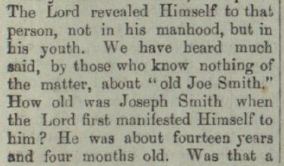 Temple Themes in the Scriptures

A subject that cannot merit enough attention in our scripture studies is the identification of temple themes.  In reading the scriptures we generally identify something here or there that relates to our temple worship; however, many scholars have contributed articles in various venues that elaborate on these themes.  It may be surprising to see that temple themes are pervasive throughout all of our canonical books of scripture.  The purpose of this post is to point the reader to some of these great articles to supplement our scripture studies from a temple worship perspective.

Seeing Third Nephi as the Holy of Holies in The Book of Mormon: 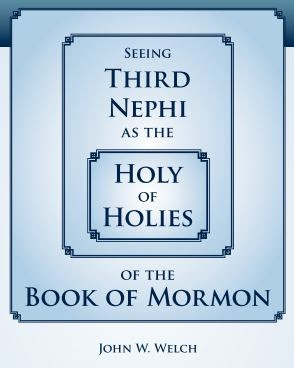 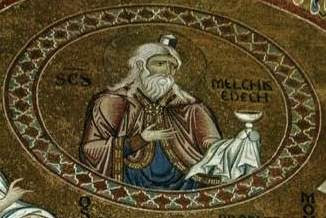 Legendary Lives of the Patriarchs - Melchizedek


In 1871, the Reverend Sabine Baring-Gould published one of his many works, Legends of Old Testament Characters From the Talmud and Other Sources, Vol. II: Melchizedek to Zechariah.  In this collection, he provides an array of ancient sources that illustrates various views held on the character of Melchizedek.  Speculation ranges from Melchizedek being the same person as Enoch, Shem, and even the Savior Jesus Christ.  All of the information included below feeds into the complex puzzle of the identity of Melchizedek and his career and role as a priest of the God Most High. 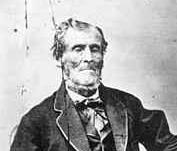