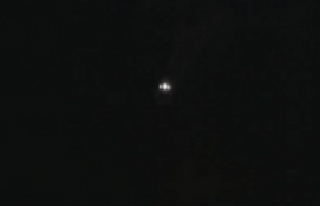 Elder Clayton’s General Conference address earlier this year in April summarized the story of Sailor Gutzler, a 7 year old girl who was the sole survivor of an airplane crash. Her family was on a small private airplane, returning home to Illinois from a vacation in Florida. The airplane, which was piloted by Sailor’s father, began having engine trouble as they crossed over from Tennessee into Kentucky, noting that the right engine had lost all power. Through air traffic control they were rerouted to a small landing strip in Kentucky, which was in sight as they descended. Then the radio signal was cut off. At about 6 PM on January 2, 2015, Sailor, her mom and dad, older sister, and cousin crashed near Kuttawa, Kentucky, about 10 miles away from the landing strip. Everybody died upon impact, except for Sailor who suffered a broken wrist. She called out to her parents and family without response. Worrying that they were dead, but hoping that they were just sleeping, while still wearing only her vacation clothes – consisting of a t-shirt and shorts and apparently only one sock on - she unbuckled and climbed out of the plane, which was now partly on fire.
Read more »
Posted by Tim 2 comments:

With sacrifice playing such a large role in temple worship throughout the scriptures, one may wonder what other purposes the temple may have served. Certainly it served as a locus for prayer. Donald W. Parry wrote an article regarding a possible reference to a prayer circle in Psalm 24. In Psalm 27:4 reference is made to inquiring of the Lord within the temple. Robert Fyall, in speaking of the Jerusalem temple in 2 Kings 6-8, adds additional insight to certain aspects of temple worship:

After an introduction in 1 Kings 5 outlining Solomon's preparations for his building project, chapters 6-7 deal with Temple and palace and chapter 8 with the prayer of dedication. The details of building probably come from Temple archives now lost beyond trace and the account is marked by great clarity as the writer moves from structural design to interior furnishings. In chapters 6-7 four matters call for attention.

The first is that the project begins well: the Temple is 'for the LORD' (6:2) and the detail in verse 7 about dressed stone shows scrupulous obedience to the Torah (Exod. 20:25 and Deut. 27:5-6). This is reinforced by 6:11-13, where Yahweh himself underlines the words spoken by David in 2:2-4. Thus obedience, humility and gratitude rather than bricks and gold are to be the true fabric of the Temple.1

The Apostolic Witness of Christ 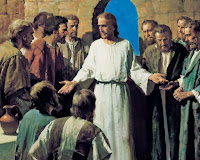 Doctrine and Covenants 107:23 defines the latter day calling of an apostle to be "special witnesses of the name of Christ in all the world." This distinction is important because it provides the qualifying characteristic revealed by the Lord as pertaining to the function of apostles in the latter days. Cultural assumptions rooted in New Testament scripture regarding the physical need to see Christ tends to result in preconceptions in our day that overlooks this qualifying distinction. One of the key New Testament passages that serves this perception, reads:

(Acts 1:) 21 Wherefore of these men which have companied with us all the time that the Lord Jesus went in and out among us, 22 Beginning from the baptism of John, unto that same day that he was taken up from us, must one be ordained to be a witness with us of his resurrection. 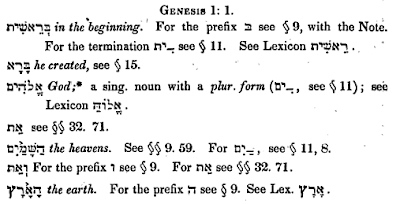 Continuing with insightful commentary by Jo Bailey Wells on Exodus, the following observation on Exodus 19:6a is interesting - particularly the Rabbinic interpretation:

The third phrase that demands attention is mamleket kohanim ("a priestly kingdom," v. 6a). This title not only presents a unique juxtaposition of two (otherwise common) terms in the Old Testament, but also the grammatical construction is uncertain. It is therefore not surprising to find ancient translations of the text paraphrasing it differently. There are at least four variations: the LXX renders it basileion heirateuma (a royal priesthood); the Vulgate reads regnum sacerdotale (a priestly kingdom); the Syriac Peshitta, "kingdom and priests"; and the Targums read "kings (and) priests." Likewise, the title has been rendered in a wide variety of ways by modern interpreters.1