The Lost Books of the Book of Mormon 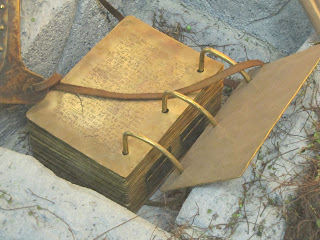 A reading of the Old and New Testaments will provide reference to numerous books that are not included within our current canon of Biblical scripture.  For example, within the Old Testament, the Book of Jasher is specifically mentioned (Joshua 10:13 and 2 Samuel 1:18), as are the Book of Samuel the Seer, the Book of Nathan the Prophet, and the Book of Gad the Seer (1 Chronicles 29:29), to name a few.  In the New Testament, several epistles from Paul are referred to, including an additional letter to the Corinthians (1 Corinthians 5:9), and possibly the Ephesians (Ephesians 3:3), and an epistle to Laodicea (Colossians 4:16).1  These and other books are cumulatively referred to as the "lost books of the Bible."  With the discovery of the Dead Sea Scrolls, the Nag Hammadi texts, and other apocryphal literature, rising interest in ancient texts has led to numerous publications and republications of apocryphal literature.2  This should come as no surprise to Latter-day Saints, since forthcoming scripture is prophesied of within the scriptures (see 1 Nephi 13:38-39, 2 Nephi 29:13, D&C 93:18, Articles of Faith 1:9).  It is astonishing that so much literature has surfaced since the Gospel has been restored.  Generally, discussion of the lost books has centered on potential scripture identified within the Bible, or other old world archeaological findings; however, there are references within the Book of Mormon to additional books of scripture as well.