Skousen and the Atonement


In 1999, while serving as a missionary in Tampa, Florida, I read Cleon Skousen's talk on the Atonement for the first time.  It was a typescript of an address that had been delivered to missionaries in the Dallas, Texas Mission on December 18, 1980.1  At the time I read the discourse, it was one of the most fascinating talks I had ever read (up to that point).  Brother Skousen presented a number of issues that I had not previously considered that caused me to ponder the gospel from a new perspective.  I wasn't prepared to accept everything put forth because there were a number of items that frankly, seemed strange; particularly, Skousen's concept of "intelligences."  Regardless, I felt that the talk was inspiring and uplifting.  I am not providing the content of the talk here because I believe it is protected under copyright laws, however, it is available for purchase online, or an abbreviated summary is also available in Skousen's work The First 2,000 Years.2 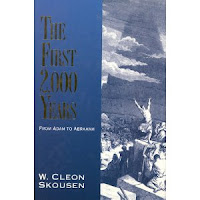 In 2000, Clyde J. Williams, a Professor of Ancient Scripture at BYU, wrote a rebuttal to Cleon Skousen's discourse.3  In his response, Brother Williams indicates a number of problems with the talk, including the idea that Cleon Skousen was going to reveal something that latter-day prophets do not talk about anymore, the nature of intelligence(s) and how they operate, an appeal to authority by citing his missionary president [Elder John A. Widtsoe] as the source of his understanding, the idea that God's power is solely based on honor, the idea that God alone could not save us, distortion of the principles justice and mercy, an uncommitted middle-ground majority of pre-mortal spirits, an incomplete explanation of Satan's plan, Christ's suffering to appease the intelligences, and lastly, an assumption made by Skousen regarding Christ's forgetfulness of pre-mortality.  Williams concludes by stating that Skousen's explanation is in contrast to the Prophet Joseph Smith's teachings, wherein, it is essential to understand the correct character, perfection, and attributes of God in order to obtain salvation.


After reading Williams' rebuttal, it is hard to imagine that there is anything worthwhile in Brother Skousen's discourse.  While I generally agree with Brother Williams' assessment, I think he does a great injustice to the reader by not identifying some of the profound questions brought to the table by Cleon Skousen.  While a number of Skousen's conclusions are unwarranted and scripturally unsupported, he still provides us with a number of significant issues for consideration.  Some of these questions have been raised by previous prophets, which is certainly worthy of consideration.  Questions and issues raised by Cleon Skousen include the following:
Not all of these questions are of the same significance; nor is this list comprehensive in identifying all the questions and issues raised by Skousen.  I think some of the questions are a little absurd, while others are quite profound.  It is not within the scope of this post to address these questions.  Brother Skousen did provide us with a slew of scriptures related to these subjects, including the following:
I believe some significant scriptures aren't included above, although I can understand that he was limited by time and had to choose those scriptures that would best serve his needs.  In addition to using the scriptures, Cleon Skousen also quotes Joseph Smith and Brigham Young; however, Joseph Smith was quoted inaccurately,4 in relation to having taught the Quorum of the Twelve and their wives the subject of eternal progression and intelligence.  He also cites Brigham Young,5 and states that Heber C. Kimball, Parley P. Pratt, and Brigham Young's teachings must be sought to further understand Joseph's teachings since they aren't provided in the History of the Church; however, they are not quoted or cited for further research.  It would have been nice to have those references.


There are a number of inaccurate statements made by Skousen that aren't addressed by Williams, perhaps because they are deemed less significant than the issues he chose to identify.  As already noted, Skousen inaccurately quotes Joseph Smith to suit his purpose, but he also attributes a number of statements made by Brigham Young to Spencer W. Kimball (see President Kimball's talk here).  An example of an assertion made by Brother Skousen that is purely speculative is that Peter would never forgive himself for denying Christ three times.  There are many assertions presented as doctrine; however, an attentive reader can identify those statements that are unsupported by scripture.


As noted above, I generally agree with Williams' assessment of Skousen's discourse, but there are a great deal of insights that can be gained from reading his talk.  Since much of the questions above are not fully answered in scripture, and some are essentially "incomprehensible," according to President John Taylor,6 a key to absorbing his discourse is to keep in mind Elder Boyd K. Packer's teaching regarding unsound conclusions.  "We all have unanswered questions.  Seeking and questioning, periods of doubt, in an effort to find answers, are part of the process of discovery.  The kind of doubt which is spiritually dangerous does not relate to questions so much as to answers."7  Most of the above questions are worth pondering, and by doing so we can open our hearts to receiving revelation.  It is important that as we learn line upon line, and precept upon precept, that we refrain from jumping to conclusions without receiving personal revelation, or obtaining answers from those who are authorized to provide them.


There are many who are opposed to Skousen because he has been responsible for misrepresentation and teaching opinion as doctrine.  I hate to compare him to Signature Books because I consider them in completely different camps, but my opinion is the same for both, in that I appreciate the research, but generally disagree with much of the conclusions reached therein.  If it weren't for Skousen's talk, I may have never considered the question of why the Lord needed to suffer.  Perhaps some consider this question inconsequential, but John Taylor certainly did not, and neither should we.


"Again, there is another phase of this subject that must not be forgotten.  From the commencement of the offering of sacrifices the inferior creature had to suffer for the superior.  Although it had taken no part in the act of disobedience, yet was its blood shed and its life sacrificed, thus prefiguring the atonement of the Son of God, which should eventually take place....But what is the reason for all this suffering and bloodshed, and sacrifice?  We are told that "without shedding of blood is no remission" of sins.  This is beyond our comprehension."8  Additionally, Brigham Young stated that, "The Latter-day Saints believe in the Gospel of the Son of God, simply because it is true.  They believe in baptism for the remission of sins, personal and by proxy; they believe that Jesus is the Savior of the world; they believe that all who attain to any glory whatever, in any kingdom, will do so because Jesus has purchased it by his atonement."9


The questions raised by Skousen are important in helping us to identify principles related to the atonement that will provide further enlightenment to this profound subject.  His discourse also opens up the scriptures to Latter-day Saints to some extent in painting a picture by tying together a number of profound scriptures.  If nothing else, Skousen at least provides another angle to appreciate the atonement, and encouragement to Saints to thoroughly delve into the scriptures.  We should use the spirit to "prove all things" and to "hold fast that which is good" (1 Thessalonians 5:21).

__________________________
1 See www.skousen2000.com/religious%20products/Atonement.htm (accessed May 24, 2010)
2 See link in footnote 1.  Also see The First 2,000 Years: From Adam to Abraham (W. Cleon Skousen; Ensign Publishing, Salt Lake City, UT, 1997), Appendix A
3 See emp.byui.edu/marrottr/Skousen-Williams.pdf (accessed on May 24, 2010).  Brother Williams indicates that the original discourse was given April 1977 at a fireside in Safford, Arizona.  Considering that there are numerous transcripts of this discourse, it seems reasonable that the discourse was probably given more than once.  The beginning of his talk refers to a discourse given by President Spencer W. Kimball, likely referring to "Our Great Potential," a general conference talk given in April 1977; see Ensign, May 1977, 49 (also available online at http://www.lds.org/).
4 Skousen states, "And I explained to the Quorum of the Twelve and their wives the doctrine of the eternal progression of intelligences."  History of the Church records Joseph, as follows, "...in the evening with the Twelve and their wives at Elder Woodruff's, at which time I explained many important principles in relation to progressive improvement in the scale of intelligent existence." (History of the Church, 4:519).  Skousen's quotation is misleading in comparison to what is actually recorded.
5 The Discourses of Brigham Young (John A. Widtsoe, Ed.; Deseret Book, Salt Lake City, UT, 1975), 368-369
6 An Examination Into and an Elucidation of the Great Principle of the Mediation and Atonement of Our Lord and Savior Jesus Christ (John Taylor; Deseret News Publishing Co., Salt Lake City, UT, 1892), 148-149
7 Boyd K. Packer, "The Law and the Light," in The Book of Mormon: Jacob Through Words of Mormon, To Learn With Joy (Monte S. Nyman and Charles D. Tate Jr., Eds.; Religious Studies Center, Brigham Young University, Provo, UT, 1990), 8 (emphasis in original)
8 Mediation and Atonement, 149
9 Brigham Young, "The Gospel of Jesus Christ," in the Journal of Discourses: By President Brigham Young, His Two Counselors, and the Twelve Apostles (26 Vols., Horace S. Eldridge; Liverpool, England, 1871), 13:328
Posted by Tim