The Direction of the Maxwell Institute 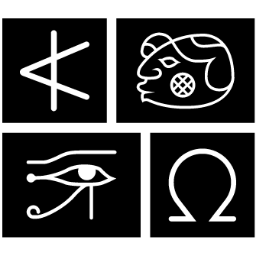 The Direction of the Maxwell Institute
My posts are generally intended to be somewhat formal, so this post will be a bit of a departure for me. I suppose my commentary on this subject is a bit late, but I wanted to comment on the direction that the Maxwell Institute seems to be heading in with the benefit of hindsight. It has now been just over a year since Dan Peterson and others were unprofessionally dismissed. Numerous online blogs and other venues have commented on this drama. I, like many others, was disappointed in the decision made by Bradford; however, I was also gratified to see Interpreter: A Journal of Mormon Scripture formed and the prolificacy that has resulted in connection with that formation.
So, what is the direction that the Maxwell Institute is heading in? According to Blair Hodges, who currently seems to be the only active voice at MI,1 the organization's mission statement declares that their objective is to "deepen understanding and nurture discipleship among Latter-day Saints and to promote mutual respect and goodwill among people of all faiths through the scholarly study of religious texts." The organization is further identified as an academic unit at Brigham Young University. I'm not sure how mutual respect and goodwill among people of other faiths will be achieved through academic publications, nevertheless, I'm not opposed to a good cause such as this.

I don't want to oversimplify the matter. The organization still has its other publications. One year after the reformation, however, the Maxwell Institute has hardly warmed up its press. As far as I'm aware, there has been no revamping or enlargement of those periodicals that do address Mormon scripture (including the Bible) as ancient and/or religious texts. The focus, so far, is towards moving full-steam ahead with historians on the newly minted 'Mormon Studies,' a term defined in various ways online (see comments in the referenced link as well). I hope for better days ahead for MI, and I cannot adequately articulate my appreciation for the Interpreter for the void that it has filled, but with a year of hindsight, it seems to me that all of the concerns expressed by those disappointed in the Maxwell Institute's shift, appears to be fully justified.

_____________________________
1 Blair Hodges has a BA in Mass Communications and a Minor in Religious Studies from UoU. He recently obtained a graduate degree from Georgetown in Religious Studies. He was appointed the public communications specialist with MI earlier this year. I say that he seems to be the only voice of the Maxwell Institute because he runs the Facebook page and the organization's blog, and as will be illustrated in this post, very few publications have been actually printed by the MI as of yet. Accordingly, all of our news from MI and the various projects they intend to pursue, are publicly known through Brother Hodges.
2 Dan Peterson, "Of 'Mormon Studies' and Apologetics," FAIR Conference, 2012, online here
3 Neal A. Maxwell, FARMS Annual Recognition Banquet, 27 September 1991, as cited by John Gee at Forn Spǫll Fira
4 "Of 'Mormon Studies' and Apologetics"
5 Elder M. Russell Ballard, "Sharing the Gospel Using the Internet," Ensign, July 2008
6 I say 'trending popular culture studies' because there seems to be an increase in publications geared towards interpreting Mormon culture, rather than its religion. Focus has shifted from doctrine and restorational themes to the sociological context of Mormonism. Examples that seem to corroborate this assertion most recently include Matt Bowman's The Mormon People: The Making of an American Faith, Samuel Morris Brown's In Heaven as It Is on Earth: Joseph Smith and the Early Mormon Conquest of Death, Joanna Brooks' The Book of Mormon Girl: A Memoir of An American Faith, and many others. This generalization may be far reaching, but I see a slate of individuals on this board interested in interpreting Mormonism and how it has developed based on Mormon scriptures, rather than a direct study of the scriptures as primarily ancient religious texts from those with credibility in analyzing the ancient historical context.
Posted by Tim