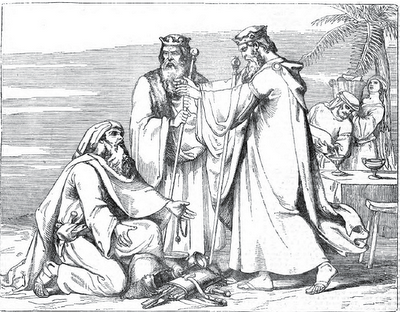 
The Nag Hammadi Library is a collection of early Christian Gnostic texts found in upper Egypt near the town Nag Hammadi in 1945.  These texts were translated under the direction of James M. Robinson by the Coptic Gnostic Library Project of the Institute for Antiquity and Christianity, first published in 1977; and provided below from the 1981 edition.  The following work was entitled Melchizedek, who is depicted as an "eschatological high priest and Messianic warrior," reflecting "Jewish speculations on Melchizedek current at the turn of the Common Era..."  In this apocryphal text, Melchizedek is identified with Jesus Christ.  This text was "originally written in Greek by an unknown author, possibly as early as the second century, probably in Egypt..."  The text contains revelations given to Melchizedek by heavenly messengers. The second revelation given to Melchizedek is his vision of the role of the Savior who suffered and triumphed.1