Passover, the Day of Atonement, and Margaret Barker's Forthcoming Book 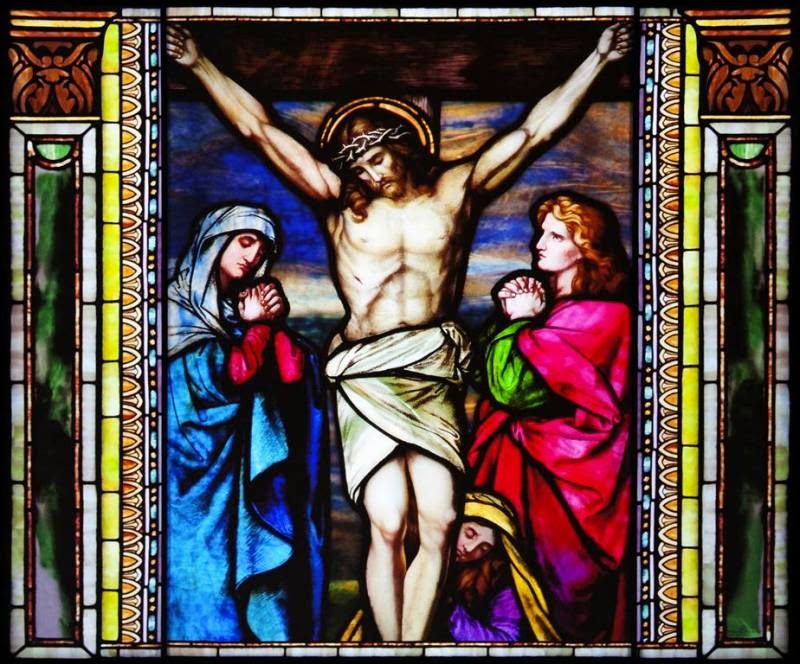 About a year ago I began reading Brant Pitre's Jesus and the Jewish Roots of the Eucharist.1 It has been an extremely interesting book and has been quite informative regarding parallels between the Passover and the Atonement of Jesus Christ. A synopsis and discussion of these parallels will follow in a subsequent post. While the parallels between these two events are striking, still, I was left to wonder why Christ's Atonement occurred in connection with the Passover, rather than on Yom Kippur, or the Day of Atonement. The rituals associated with Yom Kippur, which seem to me to best foreshadow the Atonement of Jesus Christ, intriguingly, was not concurrent with Christ's actual sacrifice. Passover commenced in the middle of the month Nisan, the first month of the Jewish calendar (the Jewish new year is celebrated during springtime), whereas, Yom Kippur takes place on the tenth day of the seventh month (Tishrei). For various reasons that Pitre posits, the Passover festival provided an appropriate setting in which the infinite atonement took place, but did not explain why the Passover was a more appropriate context than the Day of Atonement (nor was it his intention to cover this topic in particular). In the foreword to Pitre's book, Scott Hahn writes:

At our remove of two thousand years, it seems natural for us to look upon Jesus' crucifixion as a sacrifice. Christians are heirs to a long tradition of talking that way, praying that way, thinking that way. But first-century Jews who witnessed the event would not and could not have seen the crucifixion as a sacrifice. It bore none of the marks of a sacrifice in the ancient world. On Calvary there was no altar and no credentialed priest. There was indeed a death, but it took place apart from the Temple, which was the only valid place of sacrifice in Judaism, and even outside the walls of the holy city (ix).

Nonetheless, Paul had no problem connecting the events of Christ's sacrifice with the Day of Atonement. This special ritual was a day of national fasting, and the one day in each year in which the High Priest, dressed in white linen, went into the Holy of Holies, or Most Holy Place, and made sacrifice to atone for the sins of the Israelites. This is an oversimplification, to be sure,2 but this is the primary point upon which Paul draws our attention in his Epistle to the Hebrews.3 In Chapter 9, Paul notes that the High Priest entered the Holy of Holies once a year, and explains the ritual through Christ's atonement:

But Christ being come an high priest of good things to come, by a greater and more perfect tabernacle, not made with hands, that is to say, not of this building;

Neither by the blood of goats and calves, but by his own blood he entered in once into the holy place, having obtained eternal redemption for us.

For if the blood of bulls and of goats, and the ashes of an heifer sprinkling the unclean, sanctifieth to the purifying of the flesh:

How much more shall the blood of Christ, who through the eternal Spirit offered himself without spot to God, purge your conscience from dead works to serve the living God?

If Paul thought it appropriate to contrast the Israelite Day of Atonement with the sacrifice that the Lord made, it seems fitting to expect that the Atonement of Jesus Christ would have been concurrent with this ritual, rather than any other. In researching this topic, I had been unfruitful in finding a reasonable explanation for this paradox. However, I contacted British scholar Margaret Barker, since she had written some information along these lines. "Ezekiel, the first temple priest who was deported to Babylon in 597 BCE, describes a Passover very different from anything described in Exodus; it resembles the autumn Day of Atonement, and is in fact paired with it, as though there were twin feasts to mark the equinoxes (Ezek. 45.18-25)."4 Accordingly, I sent an email to Margaret Barker and inquired:

Do any of your books discuss why Jesus' atonement was performed in connection with the Passover rather than on the Day of Atonement? I've been looking for literature on this subject for awhile now and haven't found very much (certainly because I just don't know where to look). I've read Brant Pitre's book [Jesus and the] Jewish Roots of the Eucharist and it was informative regarding connections between Christ's mission and the Passover, but he doesn't address why this event wouldn't have been more appropriate to occur on the Day of Atonement. If you have anything written on this subject, I'd be grateful to know.

My book on this subject [inter alia] will be published on April 17th; The King of the Jews.

The gist of the 'plot' is that Jesus was restoring the old temple where the major festival had been Atonement.

Ezekiel knew a spring festival that was more like Atonement than Passover, suggesting that the Mosaic Passover was a late insertion into the temple calendar. The latter calendar was still used by old believers, e.g., the Qumran people. For them, the Day of Atonement always fell on a Friday.

Jesus was waiting- 'my time is not yet come' -for the Jewish Passover to fall on a Friday, the eve of Sabbath, so that the two festivals coincided. He died not as the Passover lamb, but as the servant who was symbolically killed in the old temple on the Day of Atonement.

The quote about not breaking a bone was from the Psalm about the death of the Righteous One [ Zadok] and not from Passover legislation, where the wording is slightly different.

John emphasizes that Good Friday was the eve of Passover [contra the synoptics] and that the titulus read 'Jesus of Nazareth... ' The synoptics do not have 'Jesus of Nazareth'. Nor is the word Nazareth. It represents the Hebrew that gave the [Christia]ns their Hebrew name 'Nozerim. It meant 'Jesus the preserver/ restorer, the King of the Jews'.

Hence the subtitle of the book: Temple Theology in John's Gospel.

There's a whole lot of back-up material for this basic conclusion - over 600 pages of it.

Accordingly, I am really looking forward to Margaret Barker's forthcoming title: The King of the Jews: Temple Theology in John's Gospel, available April 17th through SPCK. She'll be announcing the forthcoming title with a lecture at Temenos Academy on March 20th, entitled "Jesus in the Gospel of John." I anticipate that this forthcoming title will contribute valuable information towards understanding this incredibly interesting topic.
_________________________
1 Brant Pitre, Jesus and the Jewish Roots of the Eucharist: Unlocking the Secrets of the Last Supper (New York: Doubleday, 2011)
2 See a summary of the Day of Atonement here
3 Pauline authorship of Hebrews has been a debated subject for a considerable period of time. For a brief commentary on the subject, see Paul Ellingworth, The Epistle to the Hebrews: A Commentary on the Greek Text, The New International Greek Text Commenary (Grand Rapids, MI: Eerdmans, 1993), 3-12. I am taking for granted the traditional attribution of Pauline authorship for convenience in order to avoid detracting from the point made by the author of Hebrews.
4 Margaret Barker, The Hidden Tradition of the Kingdom of God (London: Society for Promoting Christian Knowledge [SPCK], 2007), 36
Posted by Tim