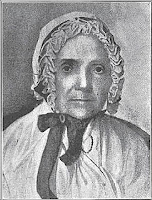 Lucy Smith's description provides a fair amount of legal insight despite the fact that she wasn't present at the proceedings. However, a few questions in relation to her summary requires further discussion in order to bring needed context to the case. Why did Lucy Harris go to such extravagant measures to prevent Martin from visiting Joseph? Why was she so determined to prevent Joseph from finishing the translation, especially when she had previously offered money to assist in the work?48


While Lucy Harris may have been enthusiastic about the translation of the plates initially, her unrelenting determination to see them transformed her enthusiasm into resentment. After learning that Joseph had the plates, she told him that "she would see them, and that she was determined to help him publish them." Joseph denied her request and offer, and told that her that the Lord had not appointed her to be a witness, and that he would prefer to deal with Martin in financial matters. She had previously offered approximately $270 to Lucy Smith to assist in the work (an equivalent value of $6,300 in 2009),49 which was declined. Subsequently, she claimed to see the plates in a dream and afterwards gave Joseph $28 which he accepted. One wonders if Joseph may have felt that her first offer could have been what Moroni was referring to when he told Joseph that Satan would tempt him to use the plates for the purpose of getting money (JS-H 1:46). Since it appears that Lucy Harris had ulterior motives, Joseph successfully avoided a potential snare.


When Martin Harris went east to converse with linguistic scholars, he declined his wife's request to accompany him and left without her knowledge, which thoroughly upset her. After he returned home, however, she accompanied him to Pennsylvania, and indicated that she would not leave until she saw the plates. Reportedly, she ransacked Joseph and Emma's home and yard in her desperate search.50 She was unsuccessful in ever physically seeing the plates. She was later believed to have destroyed the 116 manuscript pages that Martin had transcribed.51 Perhaps because she could not accept the fact that she was not to be an eye-witness of the plates, she became increasingly skeptical and resentful. 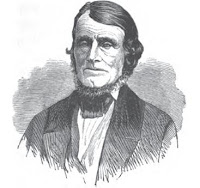 
Around the time that Joseph obtained the plates, Martin Harris had conveniently managed all of his affairs so that he wouldn't need to work during the coming year.53 He had originally planned to travel during this time, but his plans were quickly redirected towards assisting Joseph. Martin had also offered Joseph $50 to do the Lord's work which Joseph gratefully accepted (an equivalent value of over $1,100 in 2009).54 When Martin had transcribed 116 manuscript pages of the translation he returned home with the manuscript, perhaps to satisfy his wife (and others) in regards to the translation. After the documents went missing, Joseph received a revelation (D&C 3) indicating that Martin had depended on his own judgment and was deemed a "wicked" man. Consequently, Martin did not participate as a scribe in the translation any further. Another revelation was subsequently received (D&C 10), wherein the Lord stated that Martin's wickedness related to impeding Joseph's instrumentality in the work (vs. 7).


In March 1829, Joseph received another revelation at Martin's request (D&C 5), wherein the Lord instructed them that there would be three witnesses to see the records and bear witness of them (vs. 11-15). The Lord revealed, however, that Martin "exalts himself and does not humble himself sufficiently..." (vs. 24). In order to obtain a witness of the plates he would need to repent and humble himself. As history played out, Martin was one of the three witnesses, and bore testimony that he saw the plates and heard the voice of God testifying that the translation was true. This testimony he repeated throughout his life, and sent to all the world as it has been published in every copy of the Book of Mormon printed from 1830 through today.


After the restoration of the Aaronic Priesthood on May 15, 1829, Samuel Smith was baptized by Oliver Cowdery in the Susquehanna River. Samuel returned home to Manchester shortly thereafter, with "news of Joseph's success."55 With the March 1829 revelation fresh on Harris' mind, and possible discussion regarding priesthood restoration, we can better understand why Lucy Smith indicated that Martin had a "great desire" to see how the work was prospering.56 Perhaps he thought the time had come to witness the plates since the revelation seems to indicate that ordination would precede this event (D&C 5:6-13). It was at this time that Lucy Harris intervened to prevent Martin from leaving. She may have been jealous that Martin potentially had the opportunity to see the plates while she couldn't. Joseph's mother indicated that Lucy Harris, "considered herself altogether superior to her husband."57 It was also around this time that the issue of publishing the Book of Mormon begins to emerge.


While we don't know when Joseph Smith and Martin Harris began discussing publication, we do know that Joseph and Oliver arrived at the Whitmer's home around the 1st of June, and on Thursday, June 11, 1829, Joseph deposited the title of the Book of Mormon in the clerk's office of Richard R. Lansing (Clerk of the Northern District of New York), in Utica, New York (approximately 95 miles east from the Peter Whitmer farm) to secure the copyright.58 About two weeks later, on Friday, June 26, 1829, E.B. Grandin printed the title page in the Wayne Sentinel.59 Grandin's notice is somewhat cynical, and there is no indication at this point that he intended to publish the book. One month later, on Saturday, July 25, 1829, Paul Pry's Weekly Bulletin published "From the Golden Bible: Chronicles Chapter I."60 The weekly bulletin published this parody in Rochester (approximately 47 miles northwest of the Peter Whitmer farm), where Joseph Smith and Martin Harris reportedly visited with available publishers, Thurlow Weed,61 and Elihu F. Marshall.62 It was around mid-August when Joseph, Martin, and E.B. Grandin eventually came to an agreement regarding publication, and on August 27, 1829, Martin Harris mortgaged his farm.63 Interestingly, John H. Gilbert, who worked with E.B. Grandin in printing the Book of Mormon, stated that it was the "forepart of June 1829" that Grandin was contacted a second time by Martin Harris regarding the publication of the Book of Mormon.64 This may indicate that Martin may have initially contacted Grandin as early as late May.


If Gilbert is correct on his timing, and Martin visited Grandin a second time near the beginning of June, it appears reasonable that discussion of the subject may have come up previously, or that Martin may have been working proactively to assist Joseph behind the scenes. Pomeroy Tucker indicates that Martin was at the office without Joseph, where Grandin and Tucker both attempted to "dissuade him from his purpose."65 As early as 1828, Martin had indicated to Reverend John A. Clark, that he was willing to "take the spoiling of his goods" to sustain Joseph in the work, and Clark stated that Martin was "determined that the book should be published, though it consumed all his worldly substance. It was in vain I endeavored to expostulate."66


Lucy Harris' motive to stop Martin from visiting Joseph, and further, her attempt to disrupt Joseph's work on the Book of Mormon, seems attributable to two main catalysts. First, Martin was a potential candidate for witnessing the plates of the Book of Mormon, whereas, she was not. Second, Martin had full intentions to assist in financing the publication of the Book of Mormon, which, according to Reverend Clark, was Martin's conviction as early as 1828. One can understand her frustration and helplessness with these two impending events. Why else would she be so distraught in relation to Martin simply visiting Joseph? According to Pomeroy Tucker, Martin was the "only man of property or credit known in all Mormondom...for without his timely aid an pecuniary sacrifice the Golden Bible would probably have remained forever an unpublished romance."67 The total sum of $3,000 dollars mortgaged by Harris is equivalent to approximately $71,400 in 2009.68 As a skeptic, Lucy's consternation can hardly be understated, thus, she took matters into her own hands and devised a cunning plan.