Thomas Jefferson and the Restoration


The growth of the church from its infancy through today, amazes me.  I think the growth today is different from the 1800's, however, not just because of the size of the missionary effort in our day, but because the converts then and now, come from significantly different cultures.  Concerns today, collectively, are different than what they used to be.  It seems that there has been a general growing indifference towards religion for many years.  In the 1800's there were many people prepared for the Gospel because they saw the corruption of Biblical teachings within the churches they attended.  The Protestant movement was a key factor in the enlightment age, and within the U.S. there were "great awakenings," that inspired people towards religion.  A number of Christians considered themselves as "restorationists," who believed that the gospel was inoperable due to a lack of authority, but a restoration of Christ's primitive church and gospel would occur.  One such individual was Thomas Jefferson.

Joseph Smith had stated by revelation that the U.S. constitution was established "by the hands of wise men whom I [the LORD] raised up unto this very purpose..." (D&C 101:80).  It is no wonder that after the completion of the dedication of the St. George temple, the first operating temple in Utah, the signers of the Declaration of the Independence appeared to the Prophet Wilford Woodruff, requesting their temple work be done.  He stated, "those men who laid the foundation of this American government and signed the Declaration of Independence were the best spirits the God of heaven could find on the face of the earth.  They were choice spirits, not wicked men.  General Washington and all the men that labored for the purpose were inspired of the Lord..."1 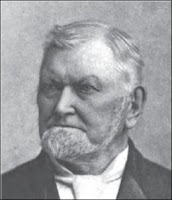 On November 4, 1820, Thomas Jefferson wrote a letter to the Reverend Jared Sparks.  He stated:

I hold the precepts of Jesus, as delivered by Himself, to be the most pure, benevolent, and sublime which have ever been preached to man.  I adhere to the principles of the first age; and consider all subsequent innovations as corruptions of His religion, having no foundation in what came from Him.  The metaphysical insanities of Athanasius, of Loyola, and of Calvin, are, to my understanding, mere relapses into polytheism, differing from paganism only by being more unintelligible.  The religion of Jesus is founded in the Unity of God, and this principle chiefly, gave it triumph over the rabble of heathen gods then acknowledged.  Thinking men of all nations rallied readily to the doctrine of one only God, and embraced it with the pure morals which Jesus inculcated.  If the freedom of religion, guaranteed to us by law in theory, can ever rise in practice under the overbearing inquisition of public opinion, truth will prevail over fanaticism, and the genuine doctrines of Jesus, so long perverted by His pseudo-priests, will again be restored to their original purity.  This reformation will advance with the other improvements of the human mind, but too late for me to witness it.2 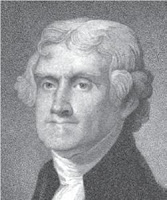 
While Jefferson correctly predicted that the doctrines of Jesus would be restored after his death, he believed it would come through an educated reformation, rather than revelation.  Regardless, it was clear he recognized an apostasy and the need for a return to primitive Christianity.