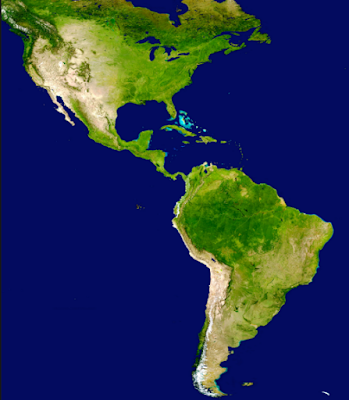 I've never cared that much about Book of Mormon geography. I do care about Book of Mormon historicity though, and the concern about where the narrative in the Book of Mormon took place has immediate relevance to the concern that it did take place. Nevertheless, geography has always been tangential to my primary interests, and like many others I've been comfortable with the assumption that the narrative in the Book of Mormon described events that took place in Central America. I presume that most members in the Church have made similar assumptions. In recent years these assumptions have been challenged though. The assertion that Central America was the location of BoM activities has been denounced in strong terms by a small group of Latter-day Saints who advocate that the American "heartland" is where the Book of Mormon narrative really took place. I've sat on the sidelines for the past several years while these discussions have progressed, and probably would have happily stayed there, but a friend recently handed me a book written by Jonathan Neville, entitled Moroni's America, and I feel inclined to address some of the content of this book as I read through it.

It should be noted that other geographical models have been put forward besides Central America and America's Heartland, including Baja, California, which is also advocated by a small group of Latter-day Saints, and the hemispheric model. This latter model was articulated clearly by Orson Pratt in 1872, when he taught that the Lehite colony landed in Chile, and then as the scriptural narrative progressed, the various groups migrated northwards towards Central America and then into North America.1 I presume that this hemispheric model still prevails in the minds of many Latter-day Saints. Neither of these theories will be addressed in connection with responding to Neville's book. My intent here is to address the arguments made by Neville, without arguing in support of any other geographic models, except as it is directly relevant to his arguments. I'm open to considering the arguments presented in his model, but I'd be dishonest if I didn't acknowledge up front that I favor the limited Meso-American model.

In connection with the information presented in the book's preface, I am interested in limiting this particular post to responding to just two assertions. First, Neville talks about the relationship of the restored Church and its growth in contrast to the decline and fall of the Nephite civilization, in geographical terms. Second, Neville mentions the Stephens and Catherwood books that were highlighted in a Times and Seasons editorial.

Regarding the Nephite/Restored Church connection, Neville writes that, "When we read the Book of Mormon under the light Joseph and Oliver provided, we see it in a completely new way." He continues:


"We come to realize that the Gospel was restored where it was lost.

The light of the Gospel was extinguished in the Old World when the Apostles were killed and the Church fell into apostasy, but that light endured in the New World until the Nephite civilization was finally destroyed in New York around 400 A.D. What better place for the restoration of the Gospel than the scene of its disappearance? And from the New World, the gospel is taken back to the Old World.

We come to realize that the early history of the Church paralleled Nephite history, in reverse.

And the Book of Mormon is the means for making that possible." (xi)

This description of events is quite interesting, and if his geographical arguments have merit, than this reversal is quite poetic. I like the idea of this comparison. Whether or not it is true is another issue, but the comparison itself is appealing. If his geographical model proves convincing, then this observation is quite insightful.

Regarding his comment on the Times and Seasons article, I find my first real exception with the book. The assertion is in footnote 3:


"My conclusion [on the Stephens and Catherwood related editorials in the Times and Seasons2]: Joseph Smith had nothing to do with them. There is not a single document that can be directly linked to Joseph Smith that has anything to do with South America, Central America, or Mesoamerica." (xiv)

When somebody makes a dogmatic statement like this then it generally results in a little embarrassment when evidence surfaces that contradicts the brazen assertion. Worse then a little embarrassment though is the problem that it creates for the reader in terms of trusting the credibility of the author and the reliability of the evidence presented throughout the remainder of the book. Is pertinent data excluded? How thorough was this study? If something this significant could be missed, what else was missed? Is the data reliable? Is the data being manipulated? Is the interpretation of the data tenable? The fact that the book is self-published already generates some degree of apprehension, but when dogmatic assertions are proven wrong it creates some internal turmoil for the reader.

On November 16, 1841, Joseph Smith wrote a letter to Dr. John Bernhisel thanking him for the two books that he had purchased and gifted to Joseph by the hand of Wilford Woodruff. The letter states:

I received your kind present by the hand of Er. [Wilford] Woodruff & feel myself under many obligations for this mark of your esteem & friendship which to me is the more interesting as it unfolds & developes many things that are of great importance to this generation & corresponds with & supports the testimony of the Book of Mormon; I have read the volumnes with the greatest interest & pleasure & must say that of all histories that have been written pertaining to the antiquities of this country it is the most correct luminous & comprihensive.--

In regard to the land referred to by you I would simply state that I have land both in and out of the City some of which I hold deeds for and others bonds for deeds when you come which I hope will be as soon as convenient you can make such a selection from among those as shall best meet with your veiws & feelings. In gratefull remembrance of your kindness I remain your affectionate Brother in the bonds of the


The entire letter is included in order to preempt the question as to whether I acted hypocritically and left out pertinent information, but as can be seen above, only the first paragraph is relevant. Joseph Smith specifically states that these two volumes have direct correspondence in supporting the testimony of the Book of Mormon, and he further indicates that they are relevant to the antiquities of "this country," which indicates that in references to geography Joseph Smith considered Mesoamerica as part of the same country. This will undoubtedly come up again, but it is interesting to observe that in this letter Joseph Smith clearly sees a connection between these books and the Book of Mormon, and endorses these two books as supporting the Book of Mormon. 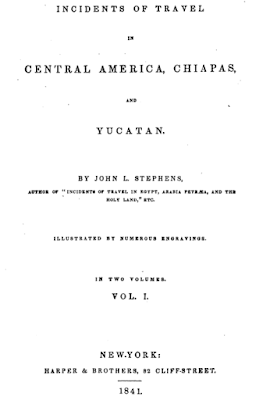 We aren't off to a very good start yet, but I will refrain from making any hasty conclusions at this point since Neville's arguments have not yet been articulated.